Hunt Companies, Inc. Board of Directors

Mr. Woody L. Hunt is Senior Chairman of the Board of Directors of Hunt Companies, Inc. (www.huntcompanies.com), and its affiliated companies.

Mr. Hunt co-founded MountainStar Sports Group (MSSG) to promote regional economic development through sports and entertainment. MSSG owns the El Paso Chihuahuas, the Triple-A Baseball affiliate of the San Diego Padres and El Paso Locomotive FC, a franchise team of the United Soccer League (USL), the second division of the United States Soccer Federation. MSSG is also an investor in the FC Juarez Bravos, that represents the Borderplex as a first-division soccer club of LIGA MX.

Mr. Hunt has received the Mirabeau B. Lamar medal which is awarded to individuals that have made extraordinary contributions to higher education in the State of Texas.  Mr. Hunt received the Dick Weekley Public Policy Leadership Award from the Texas Business Leadership Council, which recognizes a business leader who has exemplified the positive outcomes that are derived at the intersection of volunteerism and public policy.

Mr. Hunt graduated with honors from The University of Texas at Austin with a Bachelor's Degree in Finance, and he subsequently received his MBA in Finance from UT.  Mr. Hunt also earned an MA Degree in Management from the Drucker School of Management at Claremont Graduate University in Claremont, California. 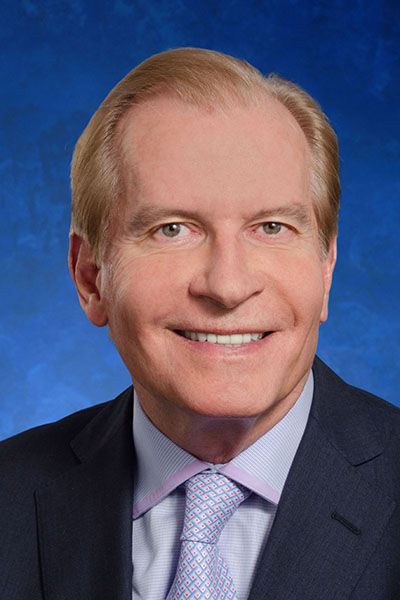 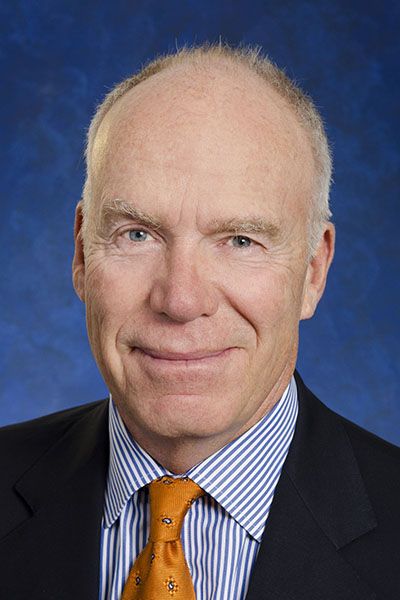 Mike Hunt is Vice Chairman of the Board of Directors of Hunt Companies, Inc. Mr. Hunt joined the company in 1971 as a field engineer. He held the positions of office engineer, estimator, superintendent, project manager, and developer. Beginning in 1984, he assumed total responsibility for the construction and contract services operations of the company, directing employees at construction projects throughout the continental United States, Alaska and Hawai'i In 1987, he was elected President and Chief Operating Officer of Hunt Building Corporation, continuing in that position when the company changed its name to Hunt Companies, Inc. in 2008. In August 2013, he stepped down as President and COO and became Vice Chairman.

He graduated from The University of Texas at El Paso with a BBA and attended Arizona State University for post-graduate studies in construction engineering. He is a member of numerous civic organizations and involved in many charitable initiatives, including past participation in the Sun Bowl Associations Western Refining All American Golf Classic and the Yucca Council (Boy Scouts of America) Campaign Steering Committee. He is currently a member of the World President's Organization, International, and sits on the Board of Directors of Moss & Associates. 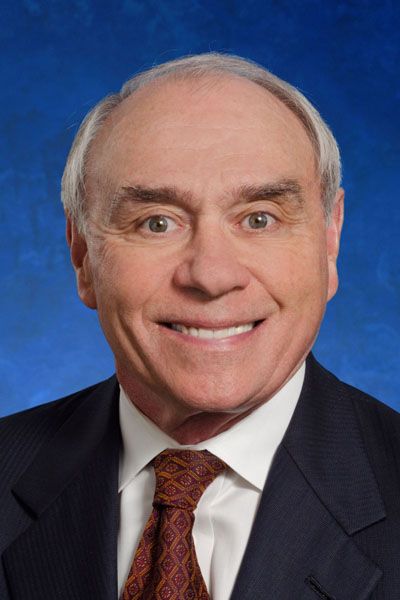 Mr. Hunt began his career at Hunt in 1993 and has served in numerous capacities during his tenure.  Immediately before becoming CEO, Mr. Hunt served as President, COO and then CEO of Hunt Development Group.

Mr. Hunt graduated from the University of Texas at Austin with a Bachelor’s Degree in Economics and a Masters of Business Administration in Finance. 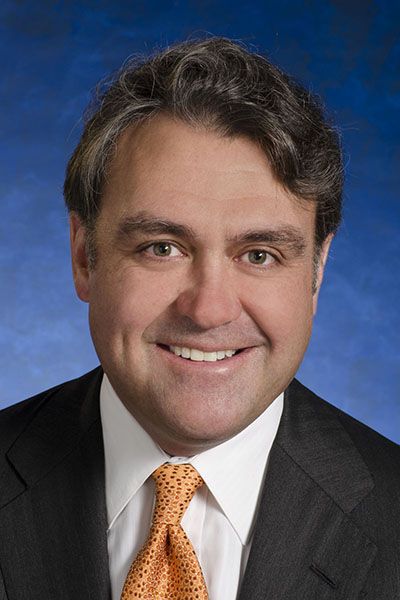 Founded in 1947, Hunt Companies, Inc. (Hunt) is a diversified and international family-owned holding company that invests in real estate assets, infrastructure and real-asset focused operating businesses. Hunt and its affiliates employ more than 4,300 people as part of affiliated businesses throughout the world.

Mr. Hunt has long been a supporter of his city and the Borderplex region, and has served on numerous civic, non-profit, and professional boards and committees. In addition to his duties at Hunt Companies, Mr. Hunt serves on the Board of Directors for WestStar Bank, a $2.5 Billion regional bank, he currently serves as Chairman of the El Paso Children’s Museum and Science Center where he is founding Chairman, and is on the board (former Chairman) of the Medical Center of the Americas Foundation Board, and Medical Center of the Americas Realty Board. He is a member of the Executive Committee of the Borderplex Alliance, and, is on the board of the education-focused Trellis Foundation serving on the Investment Advisory Committee. He is also a member of the Young Presidents Organization (YPO) El Paso/Juarez Chapter.

Mr. Hunt is Executive Chairman of MountainStar Sports Group (MSSG), an entity formed by Mr. Hunt and his father, Woody Hunt, and another El Paso family to promote regional economic development through sports and entertainment.

MountainStar Sports Group owns the El Paso Chihuahuas, the Triple-A Baseball affiliate of the San Diego Padres and El Paso Locomotive FC, a franchise team of the United Soccer League (USL), the second division of the United States Soccer Federation. MSSG is also an investor in the FC Juarez Bravos, that represents the Borderplex as a first-division soccer club of LIGA MX, where he serves on the board. Mr. Hunt serves as the control person for the El Paso Chihuahua’s, serves as control person for El Paso Locomotive FC and is on the Board of Governors of the United Soccer League (USL).

Mr. Hunt has received numerous awards and honors, including being named El Pasoan of the Year by El Paso Inc. in 2014, a shared honor with MSSG for bringing Triple-A Baseball to El Paso; and to the El Paso Business Hall of Fame by Junior Achievement in 2019. 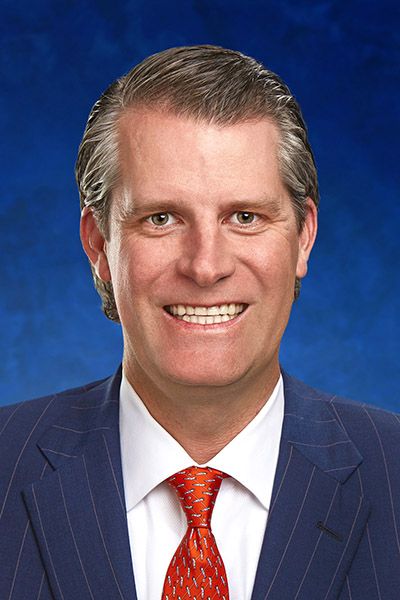 Angela Brock-Kyle joined the Board as an external member in February 2019. As a commercial board director and advisor to corporate clients on governance, strategy and risk matters, Ms. Brock-Kyle brings 5 years of corporate board experience and 25 years with Teachers Insurance and Annuity Association-College Retirement Equities Fund (TIAA). While at TIAA she served as a member of the senior leadership team from 2005-2012 in Asset Management, Retirement and Individual Financial Services and Enterprise Risk Management. From 1998-2004 Ms. Brock-Kyle was a Managing Director in Fixed Income Private Placements and a Managing Director in Project Finance after serving in a variety of investment roles since 1987.

She is currently a trustee on the board of the Guggenheim/Rydex Funds complex and the YMCA Retirement Fund. She previously served as Audit Chair for Infinity Property & Casualty (NASDAQ). Ms. Brock-Kyle has been designated a Leadership Fellow by the National Association of Corporate Directors (NACD) and has been recognized by the directorship community for her governance expertise.

Ms. Byrne's nearly 35 year career in real estate began as a policy analyst for the City and County of Denver, and later a development officer for the U.S. Department of Housing and Urban Development. At the Denver Partnership, she was responsible for downtown redevelopment projects in the mid-1980s; she then went on to start her own consulting firm, which was bought by Townsend in 1998. She served as a Townsend principal until 2004, when she moved to BlackRock. 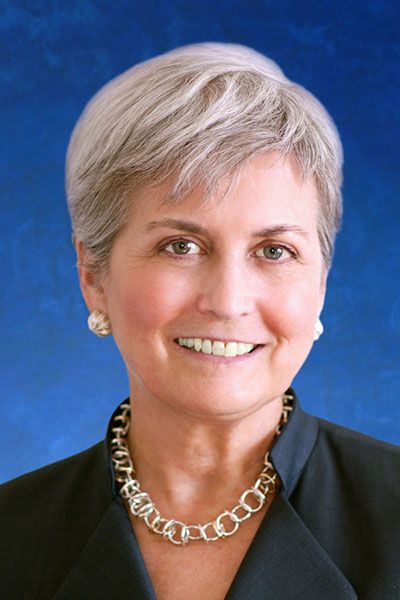 Mr. Escudero joined the Board as an external member in 2020.  Edward Escudero is President and CEO of High Desert Capital, an El Paso-based small-business financing company.  He is also Vice Chairman of WestStar Bank, a $2 billion regional bank headquartered in El Paso. Until 2013, Mr. Escudero was Executive Vice President and CFO of C&R Distributing, a major distributor of fuel and lubricants and owner of various convenience stores in West Texas and Southern New Mexico. He also served as Secretary and CFO of Petro Stopping Centers, L.P. During his tenure at Petro, the Company grew to have locations in 34 states and sales of over $2 billion. While at Petro, he held the vital role of managing various departments within the Company, including Accounting, Legal, Human Resources, Audit, Financial Planning, and Information Systems. In 2007, Mr. Escudero was instrumental in assembling the sale of Petro.

Mr. Escudero has long been a supporter of the El Paso region via his participation on both corporate and nonprofit boards. He currently serves on the board of the El Paso Electric Company, Flo Networks, the Medical Center of the Americas Foundation, the Hospitals of Providence Memorial & Sierra Campuses, the Paso del Norte Community Foundation, CREEED, El Paso Collaborative for Academic Excellence, Texas2036, the University of Texas at El Paso Business Advisory Council and Development Board, the Texas Business Leadership Council and The University of Texas Chancellor’s Council Executive Committee and is Chairman of Trellis Company (formerly Texas Guaranteed Student Loans).  He also served on the Texas State Securities Board from 2007-2011. Mr. Escudero has received several awards that recognize his achievements and philanthropic efforts, including the Lucy G. Acosta Humanitarian Award in 2020, the Community Spirit Award in 2015, El Paso Business Hall of Fame in 2014, Hispanos Triunfadores in 2013, and the UTEP Gold Nugget Award in 2012. 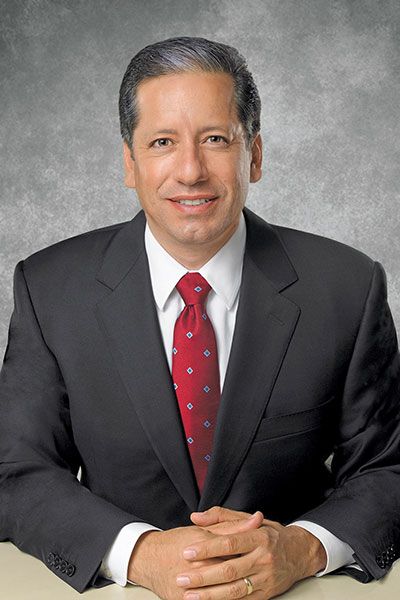 Mr. Giliberto joined the Board as an external member in 2012.  Mr. Giliberto retired in 2010 as a Managing Director at JPMorgan Asset Management, the global investment management business of JPMorgan Chase. Mr. Giliberto oversaw U.S. real estate portfolio management and global strategy and research within the Global Real Assets Group.

Mr. Giliberto is also a director of Empire State Realty Trust, a publicly-traded REIT. He chairs Hunt’s and Empire State Realty Trust’s Audit Committees. He has been an Adjunct Professor at Columbia University’s Graduate School of Business since 2007. In May 2016, Mr. Giliberto was appointed to the Real Estate Advisory Committee of the New York State Common Retirement Fund. In addition to his board and committee work, Mr. Giliberto has consulted for several large investment management organizations.

During his corporate career, Mr. Giliberto authored numerous publications about investments and capital markets and spoke frequently at industry events. He served as both Treasurer and Chairman of the Pension Real Estate Association (PREA), and held board positions with the Real Estate Research Institute and the American Real Estate and Urban Economics Association. In 1996, PREA’s Graaskamp Award for Research Excellence was given to Mr. Giliberto.

Before joining J.P. Morgan in 1996, Mr. Giliberto was a Managing Director at Lehman Brothers and Director of Real Estate Research at Salomon Brothers. Prior to coming to Wall Street, he was a professor in the Real Estate and Urban Land Economics Department at Southern Methodist University in Dallas. Before commencing Ph.D. studies, he was Manager of Investment Research at Aetna's Real Estate Investment Department.

Mr. Lozier joined the Board as an external member in 2015.  Mr. Lozier previously served as Co-Founder and CEO of Archon Group LP, a diversified international real estate services and advisory company, from its formation in 1996 until 2012. Prior to that, Mr. Lozier worked at JE Robert Company, a global real estate investment management company, where he was responsible for managing the Goldman Sachs/JE Robert joint venture for two years.  He received his Bachelor's degree from Baylor University. 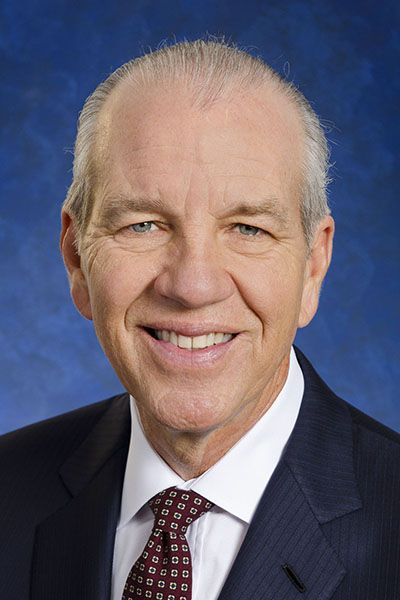 Mr. Wolf is a Partner with the law firm of Kemp Smith LLP with practice emphasis on tax, corporate, estate, business planning and family business succession planning, is a member of the firm’s Management Committee, and is currently serving as Managing Partner. Mr. Wolf has been listed in The Best Lawyers in America (tax law and trust and estate law since 2006), Texas Super Lawyers (2007-2013, 2016), and El Paso Best Lawyers Tax Law Lawyer (since 2012). Mr. Wolf currently serves on the boards of Kids Excel El Paso and Borderplex Bi-National Economic Alliance. He is also a member of the Rotary Club of El Paso, a member of the El Paso Estate Planning Council, a Fellow of the American College of Trust and Estate Counsel and the President of the Texas Federal Tax Institute. 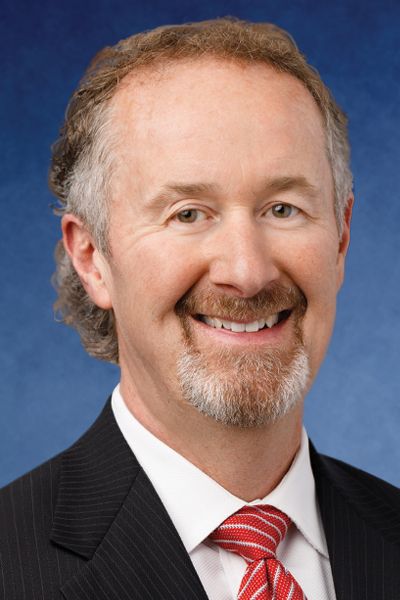